* In case of any delay in receiving the OTP, you may verify it later. Please proceed without verification.

Enter your City name or Pincode

Jammu & Kashmir is considered as one of the most important states of India in terms of its historical significance, natural beauty and security. Rajouri is located in Jammu Division within the State of Jammu and Kashmir State. It is a place with rich history and culture. This document describes about Rajouri in detail including its history, geographical features, people and culture. 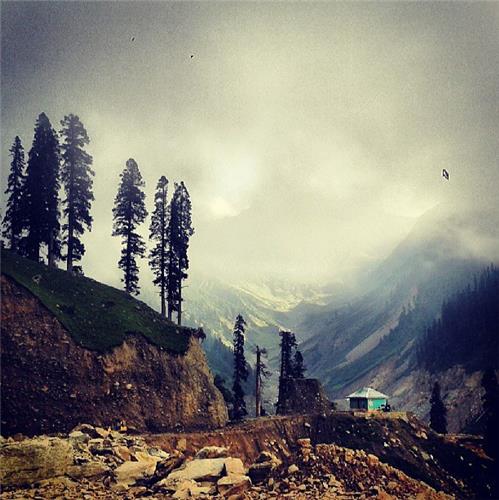 Before 1967, Rajouri belonged to Poonch. To ensure better development and easy supervision of various activities, Poonch got divided into two s namely ‘Poonch’ and ‘Rajouri’. Rajouri  got its separate identity from 1968 1st January. Rajouri is located in western part of Jammu Region. It consists of 6 Tehsils which are Rajouri, Sunderbani, Koteranka, Nowshera, Kalakote, and Thannamandi. Rajouri  has seven blocks which are Rajouri, Sunderbani, Darhal, Manjakote, Budhal, Nowshera and Kalakote. The total area of Rajouri is 2630 square kilometers. The districts that surround Rajouri are Jammu, Udhampur and Poonch. Udhampur and Jammu surround Rajouri in the south; Poonch and Pulwama surround Rajouri in north. 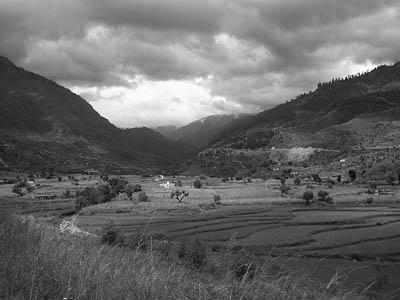 Rajouri existed since the time of Mahabharata.  During Mahabharata ‘Panchala Desa’ was a kingdom whose princess Draupadi got married to the Pandava Brothers. Rajouri Region was part of Panchala Desa and was known as ‘Rajapuri’ i.e. ‘the land of kings’. Even in the writings of Hiuen Tsang, the famous Chinese Traveler, Rajouri has been mentioned as a part of Kashmir Territory.

During the Buddhist Era, Rajouri used to be a part of Gandhara Territory. In the ancient time, Rajouri belonged to the part of Abhisar, a state of Punjab.  Rajouri was the then capital city of Abhisar. As per historians, a branch of the Aryans came to Kashmir Region by crossing the great Himalayas and settled down in Poonch and Rajouri region.  During the Mauryan Era, Rajouri used to be an important centre for trade and business. During the Mughal Era, Rajouri came into the control of Islam but rulers retained the title of “Raja”. Rajouri has been mentioned as “Raja Vari” in many books including “Raj Taringini” written by Kalhana.

With time Raj Avar (the earlier name of Rajouri) used to be known as Raja Puri which again became famous as Raj Vari. Raj Vari became Raj Vara which again used to be known as Rajouri in later years. During the reign of Raja Prithvi Pal in the 11th Century AD, Rajouri became an important place of northern India. During the rule of Jaral Muslim kings, Rajouri Region underwent reconstruction and many architectural excellences of that time can still be seen in Rajouri. Many Mosques, sarai, Forts and Baradaris were built during the rule of Mughal Kings. Mian Hathu was the first Dogri King of Rajouri who ruled from 1846 AD to 1856 AD. 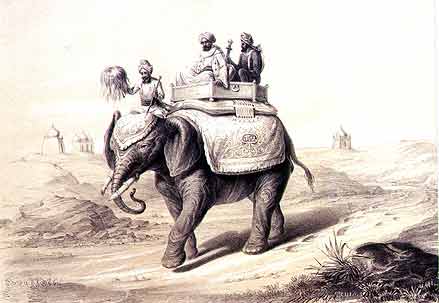 In the year 1846, name of Rajouri has been changed to Rampur when Maharaja Gulab Singh took the control of Rajouri from King Faqir Ullah. Rajori Fort and Temple of Thanna Nallah were built during the time of Raja Gulab Singh.

In the year 1904 AD Rajouri Tehsil got separated from Bhimber and became part of Reasi . Rajouri became part of Poonch-Rajouri  after India became independent. Since 1st January 1968, Rajouri existed as an independent  of Jammu and Kashmir State. It is located at a distance of 157 KM from Jammu, the capital city of Jammu and Kashmir State during summer.

Geography and Location of Rajouri

Rajouri Distict is located at 32° 98’-32°  52’ North Latitude and 74°  01’ – 74°  23’ East Longitude.  The climate is semi-tropical climate in the southern region of Rajouri  that is comprised of Kalakote, Sunderbani and Nowshera. The northern part of Rajouri  comprising of Thannamandi, Rajouri and Koteranka has temperate climate. This  gets average rainfall of about 500 mm in a year. The temperature varies between 7.5 ° C and 37.4 ° C. In some parts of Rajouri, the temperature even falls down to -3 ° C during extreme winter.

Flora and Fauna of Rajouri

The areas of Rajouri  located at high elevation have Alpine Vegetation. Most of the parts of Rajouri enjoys sub-tropical climate. The forest comprise of Pine Trees, Broad Leaved Deciduous and non-Deciduous trees. There are scrub forests which have patches of grasslands and agricultural lands in between. Important trees found in Rajouri are Fur, Tuni, Chir, Kikkar, Talli, Khair, and Amli. Rajouri has many flower valleys spread over the grassy meadows.

Flowers like Narcicuss, Banafsha, Vicia Flower (Seerhiri), Hund Flower, Verbascum, Wild Rose; Trifolium Repens etc. are very popular and make the lush green meadows of Pir Panjal Range look spectacular. Banfsha is known for its medicinal value and Seerhiri is also eaten as Seerhiri Saag by the locals of this place.  Hund Flowers are consumed as vegetable by Bakerwals and Gujjars. 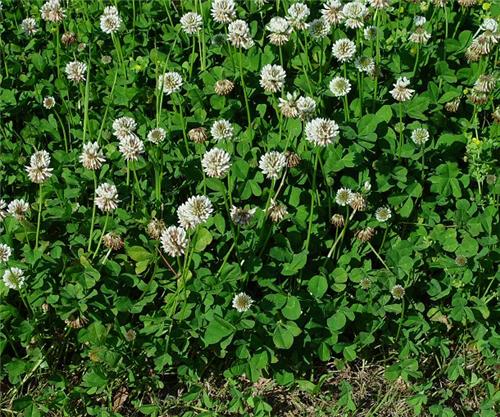 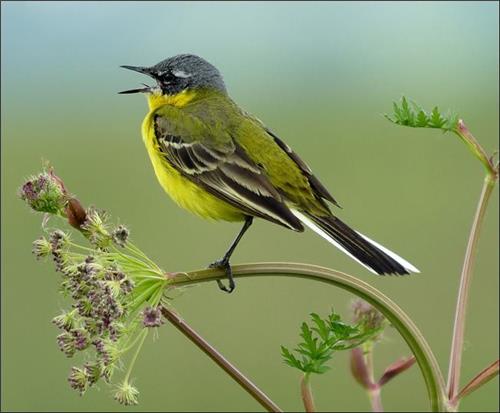 Rajouri  is famous for its rich cultural heritage. Rajouri boasts diverse handicraft items and many local people are involved in handicraft and handloom work. Chikri-wood carving, embroidery, Basket Making, Blanket Making, Copper Work, and Gabba making are common handicraft works of this . The lifestyle, social and cultural practices of Rajouri is a blend of Kashmiri, Dogri, Pahari and Gujjari cultures. Traditional folk dances and other folk art forms still carry the culture of this region. 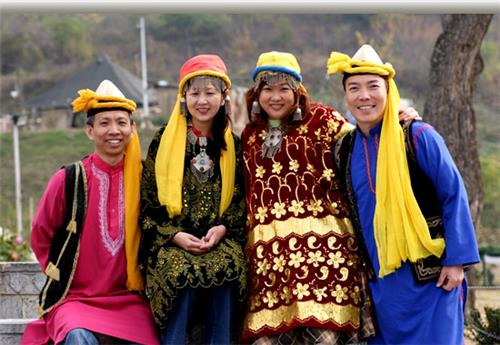 Folk art forms are exhibited by the local performers on the occasions of marriages, festivals, fairs and other rituals.  Important festivals, fairs or events of Rajouri are Uras Gulam Shah Mela, Mangala Devi Mela, Baisakhi Festival, Uras Sain Ganji Sahib Mela, and Uras Pollulian Mela. On 13th April, ‘Rajauri Day’ is observed every year to pay respect to those who had sacrificed their lives while liberating Rajouri Town from the Pakistani Army.

Food grains like Maize, Wheat, Paddy, and Pulses are the main crops grown in Rajouri.  The important food items of Rajouri are Tandoori Roti, Saag, Yakhni or Balti Curry (made with vegetables grown here) and Lassi. Roghan Josh is a popular non-veg dish of people residing here. A dish called Kalari made with milk is also very popular in Rajouri.

Rajouri is inhabited by the tribes like Paharis,Bakerwals and Gujjars, Dogris, Kashmiris and Punjabis.  Gujjars reside on the slopy mountains where they live in Kutcha houses and rear cattle for livelihood.  35% of population residing in Rajouri is Gujjars. Bakerwals have similar cultural and religions as Gujjars as they originally belonged to Gujjars. 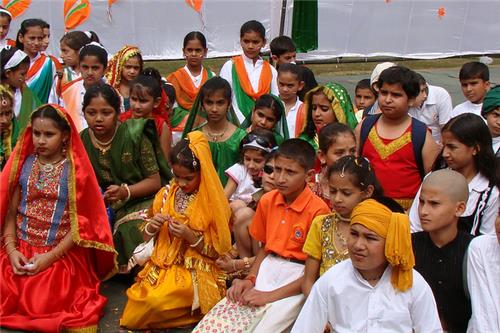 Source: Flickr
Bakerwals are nomads and rear flocks of cattle and migrate from one area of the  to the other. The maximum population of Rajouri is Pahari. Dogri people reside in areas like Nowshehra, Kalakote and Sunderbani. Kashmiri people reside in Behrote, Thannamandi and upper parts of Budhal.

Rajouri has 1 district hospital. Rajouri has been divided into four medical blocks. Rajouri has a Leprosy control unit and one Centre for Tuberculosis Treatment.

Rajouri is well-connected to other parts of Jammu and Kashmir through road transports. Frequent bus services are available between Rajouri and its nearby cities. Buses are mostly run by the State Road Transport Corporation. Rajouri is about 154 KM away from Jammu. Ordinary buses and video coaches are available to travel between Jammu and Rajouri. Shared taxis are also available from Jammu Bus Stand for reaching Rajouri by road. The nearest airport to Rajouri is Jammu Airport. The nearest railway station is also the Jammu Station. Those who are planning to take train or flight to reach Rajouri have to get down at Jammu and reach Rajouri by Road from Jammu. 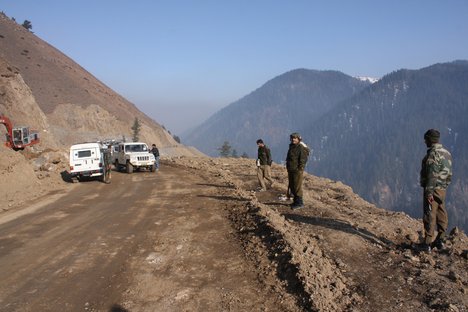 Important roads passing through or connecting Rajouri are the roads-

Rahouri boasts many interesting places for its visitors. The distirct is also known as ‘vales of lakes’ as many lakes or ‘sar’ are located in this . Samot Sar at Badjari Marg, Chandan Sar, Divya Sar, Sukh Sar, and Gum Sar are some famous lakes of this place. Other Places of Interest are: 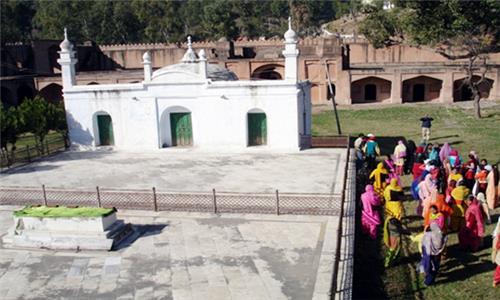 Located about 345 KM away from Rajouri Town, this place is located on Jammu-Poonch Highway where entrails of Emperor Jahangir were buried. A beautiful architecture based on Mughal Style was constructed here.

This is the grave of famous saint Qutab Shah Wali and is located at Danidhar, a place close to Rajouri Town.

This religious shrine is dedicated to Goddess Mangla and is located at a distance of 70 KM from Rajouri Town.

This war memorial is built to commemorate the day( 13th April 1948) when India Army had freed Rajouri. The memorial is constructed at Gujjar Mandi Chowk of Rajouri.

This historical place dates back to the Mughal Time and used to be the resting place for Mughal Rulers during their journey between Delhi and Kashmir.

Located very close to Rajouri Town; this fort was constructed during the rule of Emperor Jahangir. This fort gives spectacular view of entire region. 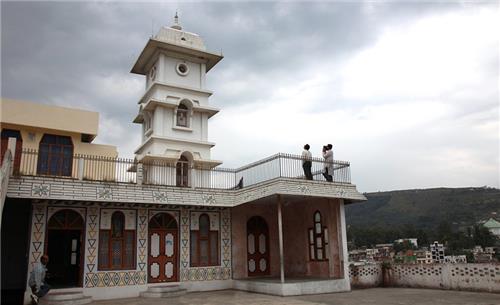 This building was constructed in memory of all martyrs who had sacrificed their lives to bring freedom for their motherland.

The best time to visit Rajouri is during summer. From April to June is the right time to enjoy Rajouri Visit. Winters are chilly still many visitors come to Rajouri during winter months.

Comments / Discussion Board - About Rajouri